If you haven’t realized it, I love to travel. My most memorable trips tend to be ones that include unique fiber related experiences. No, I don’t try to visit every yarn store possible. I’m pretty lucky to live in an area with lots of yarn stores and can usually find just about any type/brand of yarn right here.  I’d rather seek out what I can’t find in my backyard. Although,with that being said, I did over hear my husband once remark to a shop owner that we’re on a worldwide tour of yarn stores. Despite this remark, he’s been a good sport and I honestly think he always finds something that interests him as long as we don’t spend most of our time in yarn shops.

The idea to go to Shetland germinated shortly after our trip to the Pyrenees last Fall. That trip was his idea so it was my turn to choose where to go next. When it came time to buy our tickets he mentioned that the Tour de France was starting in London this year so he’d be even more happy to go to Shetland if we could also see the prologue. I checked the events calendar on Visit Shetland and found that the Flavour of Shetland would be taking place two weeks before “Le Grand Depart”. So that settled the issue of how long our vacation would be – two weeks. We would try to make it to the last couple of days of the Flavour of Shetland and the first day of the Tour de France.

Next, I needed to decide how long to spend on Shetland. I wanted to stay a week but Paul couldn’t fathom finding much to do there and suggested staying a few days. I listed all places I wanted to see and finally settled on 4 full days. Later the in-laws decided to take a tour of Scotland about the same time so we all decide to meet up in the Highlands. After a few days wander around the Highlands we move on to Edinburgh and then headed on to London.

Plan: Arrive at Sumburgh Airport at 12:30pm and pick up the rental car. Drive to Lerwick and check into Fort Charlotte Guest House. Walk over to the Flavour of Shetland if we weren’t too tired.

The last leg of our long flight was on a small Saab airplane from Edinburgh. The weather was terrible when we took off from Edinburgh but once our plane was ten minutes away the skies cleared and the down pour stopped. We arrived at the airport about a half our later than schedule due to a short wait for a late arriving passenger and immediately picked up the rental car.  The road from Sumburgh to Lerwick cuts across the landing strip so cars are required to stop whenever a plane lands. My first impression was of a very rural place with no trees but the landscape was very green and sheep as far as the eye could see. 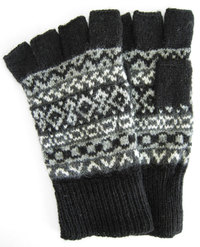 On the drive to Lerwick we spotted three signs along the roadside that  advertised the way to knitwear studios. It was hard to pass these studios but I also wanted to catch the end of the festival in Lerwick. I kick myself for not stopping when we drove past a crofter sheering a sheep along the side the road. That’s not something I think I’ll ever see again.

The festival was in full swing when we arrived making it difficult to find a parking spot anywhere near the guest house. We ended up parking at the top of the hill and hauled our backpacks down. Once we checked in and washed up we headed down to Victoria Pier. I was quite shocked to find the place packed with so many people. It was hard to move around between tents to visit the crafts, demos and events. The enthusiasm of the locals was heartwarming but after having travel so long that day, the crowd became overwhelming. We dashed between the dozen or so craft booths and entertainment tents before heading back the guest house for a nap. The best part was the pair of fingerless gloves that we found in Barbara Isbister’s tent. You see, he requested such a pair many months ago but for various reasons they’ve never materialized. I”m so glad he found these. I’m finally off the hook, right?

On the way back to the guest house I poked my head into Jamiesons and  Spiders Web.  Spiders Web was quite busy so I decide to go back on Monday when the festival was over. I’ll mention more about these shops later.

The nap lasted a few hours until Paul woke up and decided see if he could move the car closer. As he was leaving I caught a sight of a group of “vikings” walking up the hill. I figured that the festival must have been winding down and folks were heading home.

Oh, was I wrong. When Paul returned about five minutes later he mentioned seeing lots of folks gathering up the hill. Some event was about to begin. Not wanting to miss out, I quickly got dressed and we scurried up the hill just in time to find that a parade forming. We had just woken up in time for the beginning of the Midsummer Carnival.

Check out my photo album of this parade – a chance to see local folks actually wearing traditional Fair Isle jumpers.

I have many more photos to load and will try to get them up soon.

9 thoughts on “A feral knitter goes to Shetland”